8. The original proposal for a Community Governance Review for Colyford

1.1.  We are submitting a petition to East Devon District Council to carry out a Community Governance Review with the purpose of constituting a Parish Council for Colyford under the section 80 of the Local Government and Public Involvement in Health Act 2007 ("the Act").[1] We request that the new Parish Council shall be called Colyford Village Council.

1.2.  In accordance with s80 (3) of the Act, the petition has been signed by 249 electors, which is significantly above the threshold of 187 required by the Act. There are currently approximately 733 local government electors on the electoral roll for the Colyford village petition area.

2.1.  Recent governments have spoken of the importance of parish and town councils. The 2006 local government white paper, Strong and prosperous communities, stated:

“We will make it clear that there will be a presumption in favour of the setting up of parish councils so that local authorities will be expected to grant communities’ requests to set up new parish councils, except where there are good reasons not to, and that existing parish councils are not to be abolished against the wishes of local people.”[1]

2.2.  The Act gives residents the right to petition for the formation of parish councils and has devolved the decision-making on such matters from central government to local authorities. We are therefore submitting our petition to East Devon District Council, the relevant decision making local authority. Guidance on Community Governance Reviews was published in March 2010 (“the Guidance”).[2]

2.3.  The government’s intentions are to make the process for obtaining a community governance review even easier. On 11 December 2014 a legislative reform order was laid before parliament, which will lower the threshold of signatures required and speed the decision making process by the local authority.[3]

3. Meeting the criteria for a Community Governance Review to establish a Village Council for Colyford

3.1.  Section 93 of the Act requires principal councils to ensure that community governance within the area under review:

a)      reflects the identities and interests of the communities in that area; and

b)      is effective and convenient

We set out below why the establishment of a village council for Colyford would satisfy both of these requirements and why the current arrangements do not do so.

Colyford is a separate, thriving community with its own sense of identity and strong desire to manage its own affairs. Colyford requires its own village council comprising residents entirely from Colyford who are best placed to make decisions affecting the village.

We also highlight below a key consideration highlighted by the Guidance when considering community governance - the size of the settlement concerned. We believe Colyford is the largest settlement in East Devon without its own representation.

3.2. Identities and interest of the communities.

a)      Colyford has a unique and special identity with a character all of its own. It is a separate village which is quite distinct from the surrounding settlements of Colyton and Seaton. It has different demographics. It has changed from being a small settlement into a fairly large and varied community with its own identity and needs. The current population is around 800, with around 260 houses and 733 on the electoral roll.

b)      Colyford has a history as a community dating back to Roman times. The village was given Royal Borough status in c1230. During the 1960’s and 70’s a building program started and there was rapid expansion. A village hall, village shop, two pubs, a cycle shop/cafe and a thriving patisserie business have been established over the years.

c)      Colyford is now a vibrant and cohesive community. It has a strong, inclusive community and voluntary sector, a sense of civic values, and a sense of place and local distinctiveness:

a)      It is difficult for Colyton Parish Council to meet all the needs of a parish when it has Colyford village as a major peripheral settlement close to it and it is inevitable that the focus of the Parish Council will be on the facilities and needs of Colyton town, rather than those of Colyford.  This will become even more marked because Colyton has planning permission for over 70 new dwellings on the old Ceramtec site, which is in the process of being built. This will bring new challenges and priorities. It means that the Parish Council must inevitably focus even more on the town’s residents and their needs and less on those of the peripheral settlements like Colyford. It is therefore better to have two separate governance systems which recognise the separate community identities, so that each can prioritise. The workload for Colyton Parish Council will be decreased.

b)      It is important for community cohesion for both Colyton and for Colyford that each community should have a clear governance structure that represents its own identities and interests.

d)      A village council for Colyford would bring together people with a shared future vision, working together to enhance our community, and increasing a sense of involvement. Residents will feel they have a stake in their community and a chance to influence decisions affecting their lives.

e)      During this campaign for a village council, local residents have come forward to express an interest in becoming a village councillor for Colyford. They can identify with their community and its needs and interests. In general they do not wish to be involved in Colyton Parish Council as it has a different identity that is not so relevant for them.

f)       The attempt to create a village council in Colyford has met with widespread and whole-hearted support from residents. The will of the people is evident and should be respected. The influence of the Localism Agenda is important, and support in the Act and the Guidance states that the feeling of the local community and the wishes of local inhabitants are the primary considerations.

a)      The most effective and convenient local government is for local people to have a say in the way the village is managed. For Colyford residents, this means a local council in Colyford rather than in Colyton.

b)      It is not convenient for Colyford residents to have to travel to Colyton to attend local council meetings. Council services, such as inspecting plans for planning applications, would be provided much more effectively locally in Colyford. Accessibility would be improved with a Colyford village council.

c)      Colyford residents should make decisions on Colyford matters. At present, because of our minority representation on Colyton Parish Council, the few Colyford based councillors can easily be outvoted. This can lead to a sense of disenfranchisement for Colyford residents.

d)      Colyton town has a multitude of issues to consider, as discussed above in 3.2 e), which are not always relevant to Colyford, and this leaves even less time for Colyford issues to be considered. It is more efficient and effective for each community to deal with its own issues.

f)       With the introduction of the Community Infrastructure Levy (“CIL”), 15% (or 25% once a Neighbourhood Plan is in place) would come straight to a Colyford village council. Money which is triggered by development in Colyford would be spent in Colyford, rather than in the wider Colyton parish.

3.4  Size, population and boundaries of a local community

a)      Size, population and boundaries of a local community are linked to aspects of both the principal criteria identified in s93 of the Act, but perhaps more specifically to community governance being effective and convenient.

b)      The Guidance advises that a parish’s population is one of the influential factors that local authorities should take into account when carrying out a community governance review.

c)      We believe Colyford is the largest village in East Devon that does not have its own parish council. 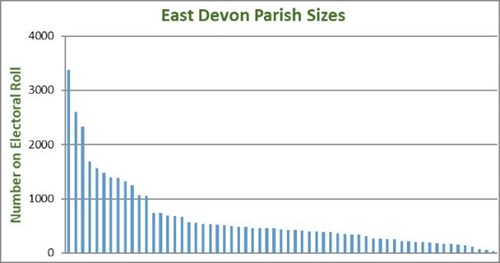 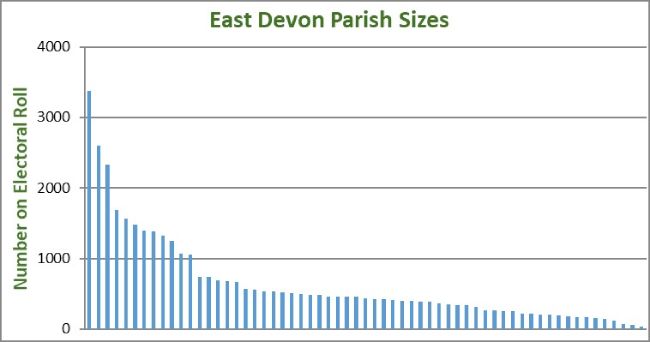 f)      A village of Colyford’s size with the number of residents we have means that a village council is the most effective way to meet the needs of our community. Our own village council could represent the community’s interests better and increase community cohesion.

h)      The boundary of the present Colyford village, which we propose to be the boundary of Colyford Village Council, has been reviewed by several local people with a deep knowledge of the history of the village and is considered to form the best natural boundary for the settlement.

We have engaged with the community extensively throughout this process. The Residents’ Association held a meeting with its members where the proposal was discussed. This indicated there was a large degree of support for forming a new village council. Subsequently, the Resident’s Association delivered a leaflet to every household in Colyford explaining the advantages and disadvantages of forming our own separate council together with a projected budget based on similar sized existing parish councils. This was followed by holding two public open meetings for all villagers, where discussion and a question and answer session were held and people were asked to decide whether they would like to support a petition for a Community Governance Review towards forming our own village council. Both of these meetings were very well attended. What has emerged from this consultation process is a very clear and consistent desire for change and a belief that Colyford should be able to determine the services it wishes to provide and to determine the precept it needs to raise in order to provide those services.

We have presented a petition with 249 signatures, significantly in excess of the 187 threshold required by the Act to trigger a Community Governance Review.

The community of Colyford has thus clearly expressed their wish for a village council to be set up, and this should be given considerable weight.

We have shown that Colyford has its own identity and sense of place, and that community cohesion will be enhanced by having its own village council.

We have shown that a village council for Colyford will be effective and convenient, and will provide strong and accountable local government and community leadership.

We therefore respectfully request that East Devon District Council exercise their powers under the Act and undertake a Community Governance Review and recommend the formation of a village council for Colyford. 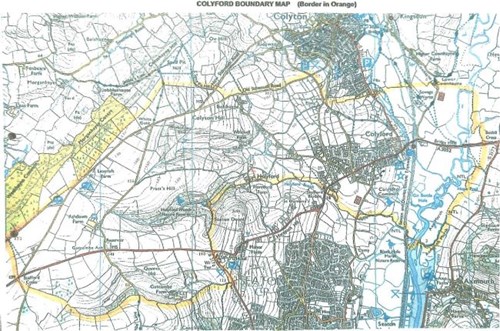